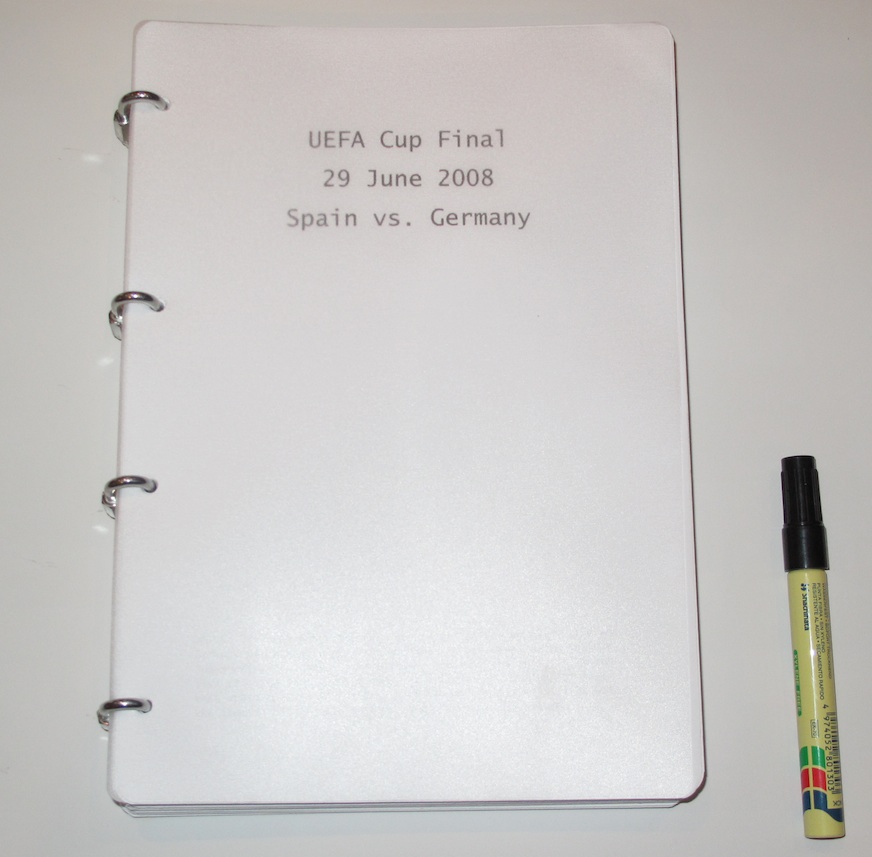 On the 29th June 2008, the UEFA cup soccer finals between Spain and Germany saw a number of artists gather at the Bassline in Newtown, Johannesburg to play a game of their own. For the duration of the live screened game artists competed in pairs by drawing ‘against’ each other upon an A4 sheet of white paper. As the whistle blew in the game so the artists reacted by beginning a new artwork.

A project by Walter Stach and Marcus Neustetter

Mp-4 video flipping through the book: