Responding to the context of Plettenberg Bay, Marcus Neustetter was struck by the oceans horizon, the moments where the life beneath this line is revealed by dolphins and whales and how this creates mystery and wonder about the imaginary world beneath. In conversation with Cornelius, a local fisherman who fishes on the rocks outside the The Beacon Isle Hotel for the last 38 years, Neustetter was presented with personal reflections and experiences of the place and the ocean.

Cornelius and his fellow fishermen call the ocean Susie. At the end of the informal interviews, he was given a small fish. Making sense of the stories, the mysteries and this gift Neustetter explored his questions about the ocean and what lies beneath through drawing, film and sound. The creative process culminated in a live mixing  as a large scale projection from the site where Cornelius fishes onto the Beacon Ilse hotel facade that stands like an observatory at the oceans edge. The voice of Cornelius, underwater soundscapes and the music of composer Njo Kong Kie created a 15 minute audio journey to which the artist manipulated his documentation of the surrounds, the video of the fisherman, microscopic studies of the fish and personal drawings which he produced live during the performance. The performance and the original footage is packaged as an artist film titled from Susie. 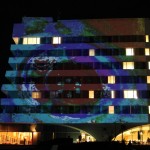 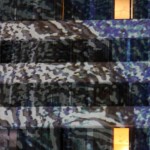 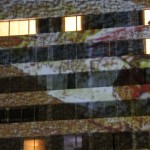 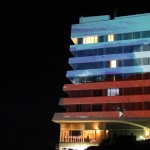