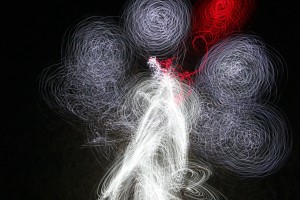 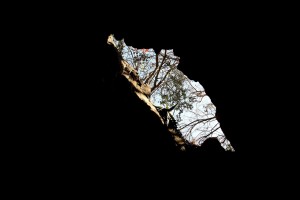 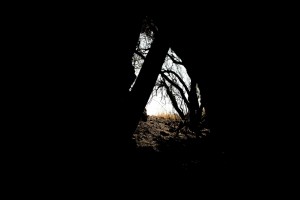 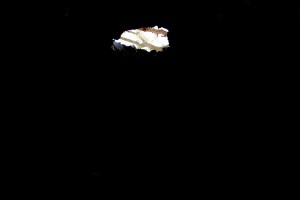 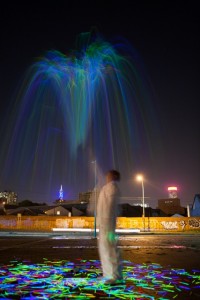 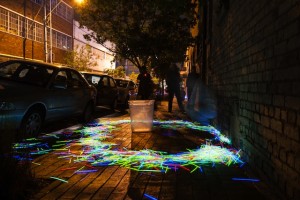 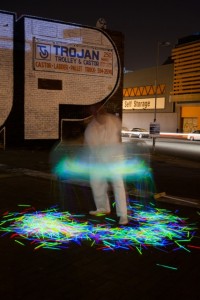 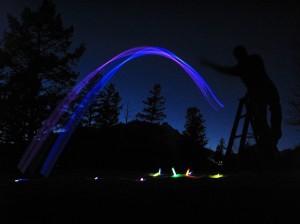 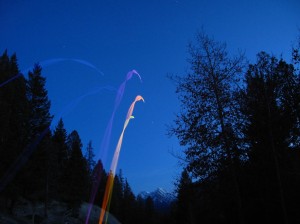 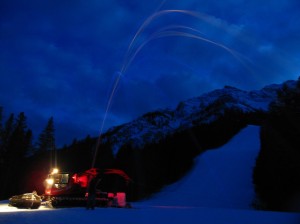 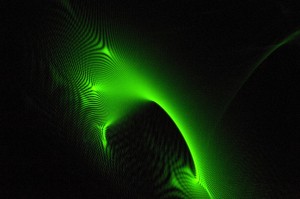 Chasing Light is an intervention based on Neustetter’s excursion to Norway where he attempted to see the Northern Lights. Due to bad weather Neustetter was unable to fulfill his goal, leaving Norway with an experience lost. However, with the assistance of his travel partner James Webb, Neustetter was able to gather some relevant documentation from his search in the form of sound recordings, a series of photographs and drawings that depict his journey and search. From this foundation Neustetter attempts to re-visit his journey by extracting visual data from sound documentation through the manipulation of sound, water, laser-light, and drawing.